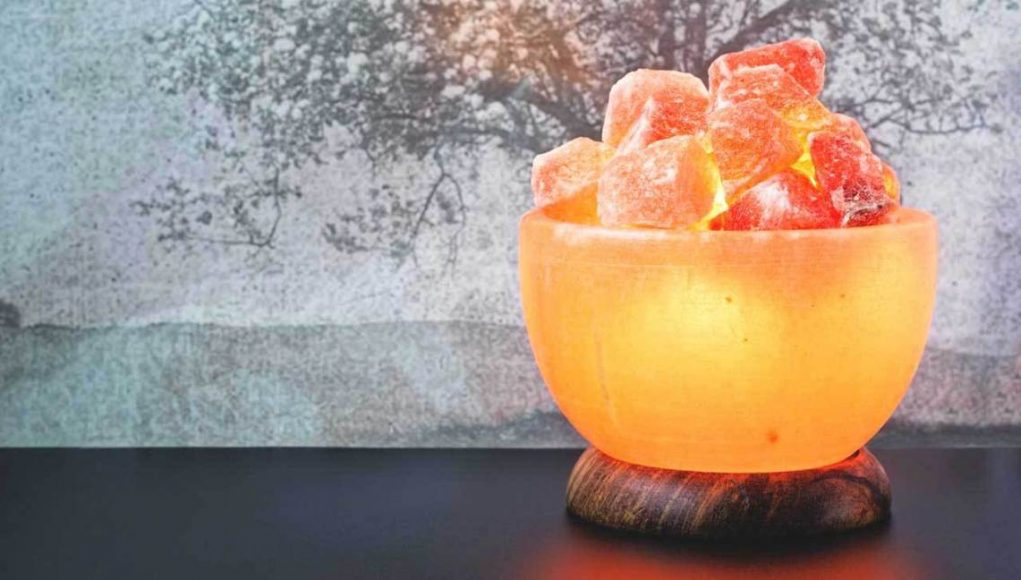 Himalayan salt lamps are beautiful healing crystal lamps that are hewn from the world’s largest salt mine, the Khewra salt mine in Pakistan. They are pieces of salt that come in a variety of sizes that are fitted with a lamp by hollowing out the interior,  When lit with a light bulb, they produce a soothing glow and a radiating heat, especially when lit in a dim room.

Although simply an aesthetically pleasing lamp, there are many who argue these lamps have a variety of health and spiritual benefits. No-one will argue that they aren’t beautiful to behold, but science has let to provide much evidence of the actual medical benefits. Still, among the proposed benefits for keeping these items are:

One proposed benefit of a Himalayan salt lamp is that it releases negative ions into the local environment. Ions are tiny molecules that have undergone a change in their particular charge. Ions are part of nature and are all around us all the time. Some come from outer space and enter our atmosphere and interact with our bodies. Interacting with negative ions can have a refreshing, healing effect on the body.

Negative ions are invisible, tasteless atoms and molecules that we breathe in in certain environments such as waterfalls, beaches, rivers and mountains. They are in abundance during and after a thunderstorm and are often attributed to the feeling of freshness that people feel after a storm. According to researchers, upon entering the bloodstream, negative ions can assist in the release of a chemical called serotonin. Serotonin has a number of effects on the body, including:

It is the release of negative ions by Himalayan salt lamps that gives them their healing properties, according to researchers.

Another proposed benefit of Himalayan salt lamps are increased air quality. Advocates believe that the salt attracts impurities and imperfections in the aid and draws them into the salt, acting like an air filter or purifier.

The beauty of these lamps is undeniable. Even if simply for decoration, they make a wonderful addition to any room and are always sure to draw attention and conversation from your guests.

Your Basic Guide To Cannabis Strains!

Question the Experts Before you Plan a Laser Hair Removal

Danny DeCota - July 9, 2020
0
Health
Dealing with unwanted hair can be tricky. With monthly salon appointments, painful, and expensive procedures, hair removal becomes a never-ending task. For those who...

All That You Need to Know About Ketapang Kratom

An Array of Health Benefits Offered By CBD